In a press release during CTIA, Sprint has announced the pending launch of its Direct Connect service powered by QChat, and has released additional details regarding launch handsets, upcoming handsets, and new additional services available to DirectConnect users. 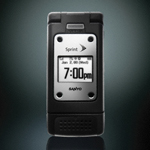 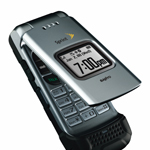 The service will initially launch with the Sanyo PRO 200 and PRO-700 clamshells from Sanyo which we have detailed previously, and will feature new services exclusive to QChat powered DirectConnect phones going forward such as a single number option as well as a separate Direct Connect number, DC Permissions, which will allow the ability to block or allow incoming one-to-one push-to-talk calls and Call Alerts which can be used to notify users if someone is trying to reach them or vice versa.

Another new feature is the addition of Sprint Mobile Sync, an online tool that lets customers manage all of their contact information online, including setting up groups for PTT and text/voice messaging. It also features automatic synchronization with the phone, allowing for easier entry, and full secure backup of contacts.

The Motorola V950 will be the first non-iDEN clamshell from the manufacturer with DirectConnect as well as a rugged bodyshell, 2.0 megapixel camera, microSD slot, external media player controls, and an internal GPS transceiver.

Humberto Saabedra is the Editor-in-Chief of AnimeNews.biz, PhoneNews.com and an occasional columnist for Ani.me. He can also be found musing on things at @AnimeNewsdotbiz