News and devices from the WiMAX consortium.

Sprint confirms a hard shutdown date for its WiMax network 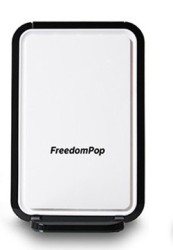 Virgin Mobile Launches Its Own Daily Unlimited Plan… For Broadband

By Christopher Price on November 5, 2012

Virgin Mobile offers a prepaid broadband plan, that caters to those that don’t use their Virgin Mobile devices anymore.

An announcement has been sent to current and former Clearwire customers detailing the proposed settlement of a class action lawsuit that merged all the individual suits.