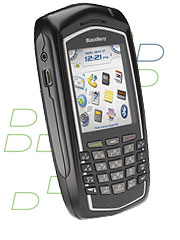 The device also launches with a new promotional rate for unlimited BlackBerry data, $39.99 a month with two-year agreement.Discuss In Our Forums

Update: The 7130e can now be ordered online from Sprint at SprintBizStore.com