This morning Sprint announced that they will be launching the RIM BlackBerry 8703e next month. The device is hardware-identical to the Verizon 8703e which was launched earlier this month. 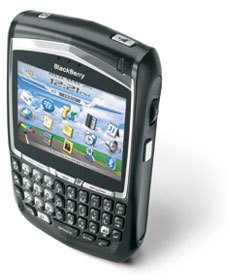 A key advantage of the Sprint 8703e comes in the form of applications and services. Sprint is directly promoting the BlackBerry 8703e with gpsOne applications. According to the Sprint press release: “The BlackBerry 8703e includes integrated GPS (assisted-GPS) enabled through Sprint to deliver support for popular location-based services to mobile users, such as turn-by-turn driving directions to any address, anywhere on the Nationwide Sprint PCS Network.”

Sprint did not comment as to when such services would be available, however, thanks to the Java support in the 8703e, it appears that TeleNav’s existing BlackBerry application will finally be made available on the CDMA side of the number three wireless carrier.