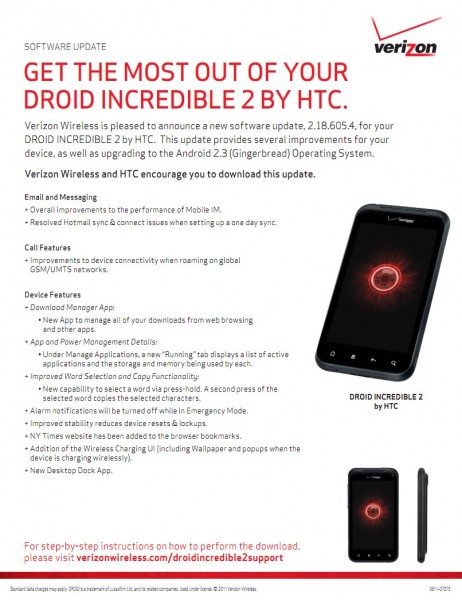 Following up, Verizon is also preparing the long-awaited Android Gingerbread update for the Droid Incredible 2. The update will include fixes for Mobile IM, Hotmail sync and contact sync, fixes for international 3G and GSM roaming, new Download Manager app, new â€œRunningâ€ applications tab, improved copy/paste, device stability fixes and will include the user interface for Wireless Charging and Desktop Charging for the future dock that will be released for the phone. The update is expected to be released within the next two weeks.

Humberto Saabedra is the Editor-in-Chief of AnimeNews.biz, PhoneNews.com and an occasional columnist for Ani.me. He can also be found musing on things at @AnimeNewsdotbiz